Living in Houston for over a decade, I have come to realise that there are so many incredible weekend getaways to explore. Whenever there is an urge to take a break, I plan short trips without much sweat. One among many such trips was our trip to Alamo City a.k.a. San Antonio Texas. This city is a fabulous vacation spot to visit with family with tons to do. With my parents visiting, it was the perfect time to plan a trip to San Antonio. A 3-hour drive from Houston, San Antonio is possibly the one of the most attractive and oldest cities in Texas having celebrated its 300th birthday in 2018. Historic buildings, fascinating museums, the Alamo history, a cosmopolitan mix of people and culture and of course the splendid cuisine make this city the melting pot of Texas.

Our drive from Houston to San Antonio was beautiful. Enroute, we were treated to a spectacle of more than 20 painted churches sprinkled in between blue bonnet-covered hills of Central Texas. Three hours later we reached our destination ready to discover what's old and explore what's new in this delightful city.

The intriguing history of Alamo

After checking in our hotel in downtown San Antonio, we freshened up and were raring to go. Our first stop was obviously the Alamo Memorial Gardens of San Antonio, a symbol of Texan independence that stands at the very heart of the city. We had heard and read so much about this first World Heritage Site in San Antonio that we were eager to learn more on the Alamo history. 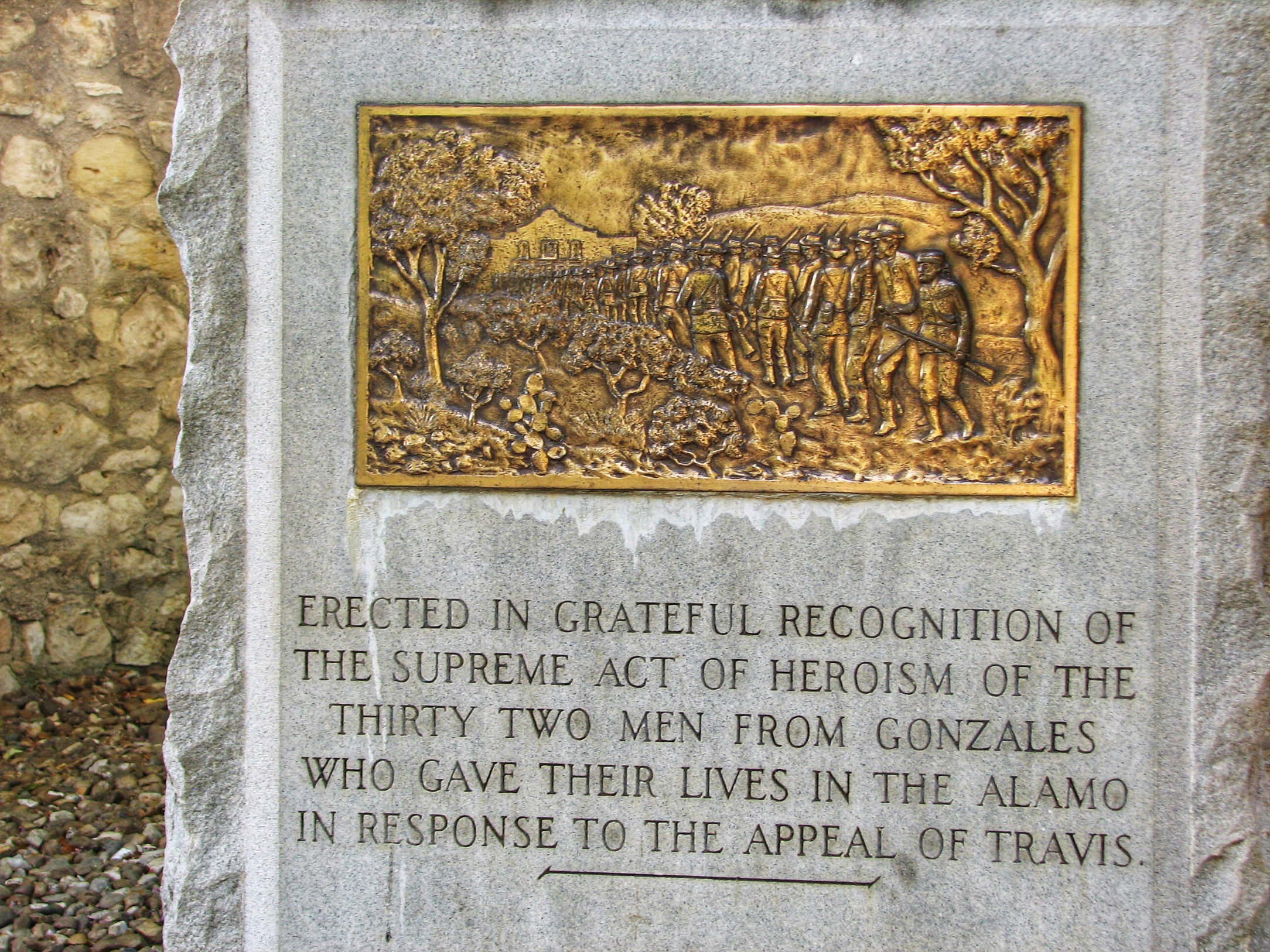 San Antonio is known as the cradle of Texan liberty. A visit to this historic site unravels 300 years of history and an awe-inspiring story. Established in 1718 as Mission San Antonio de Valero, the former mission now known as the Alamo San Antonio has been a crossroads of history. The Alamo has a rich history and a heritage having existed under five flags of independent nations and served as a garrison for five different armies. The battle of the Alamo in 1836 was part of a Texas revolution in which the Mexican state of Tejas won independence and became a self-governing republic; Texas. 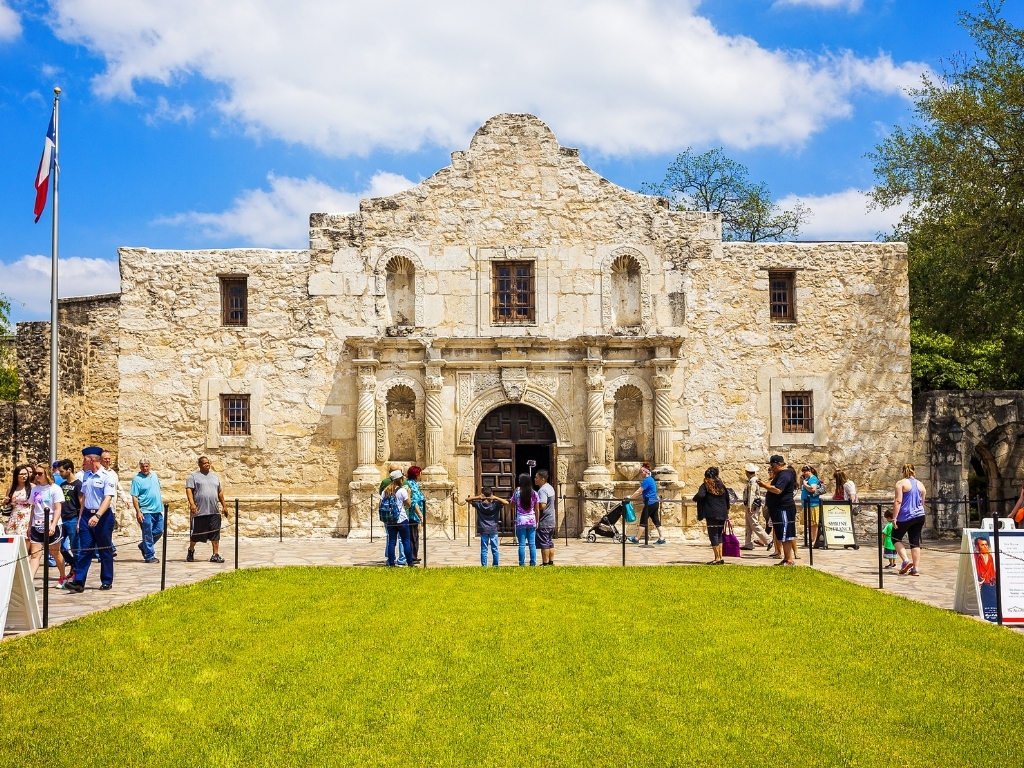 A stunning 60-feet tall monument, the Alamo Cenotaph stands tall on what was then, Alamo's battlefield. It was erected in the 1940s, approximately 100 years after the battle of the Alamo. This exquisite sculpture is dedicated to the "defenders of the Alamo", the men who died there during battle. Among the heroic martyrs who gave up their life to liberate Texas, are the famous names of Davy Crockett and Jim Bowie who were killed. For Texans, the Battle of the Alamo became an enduring symbol of their resistance to oppression and struggle for independence. The Alamo is one of the most popular San Antonio tourist attractions which is also immortalized in film and pop culture. 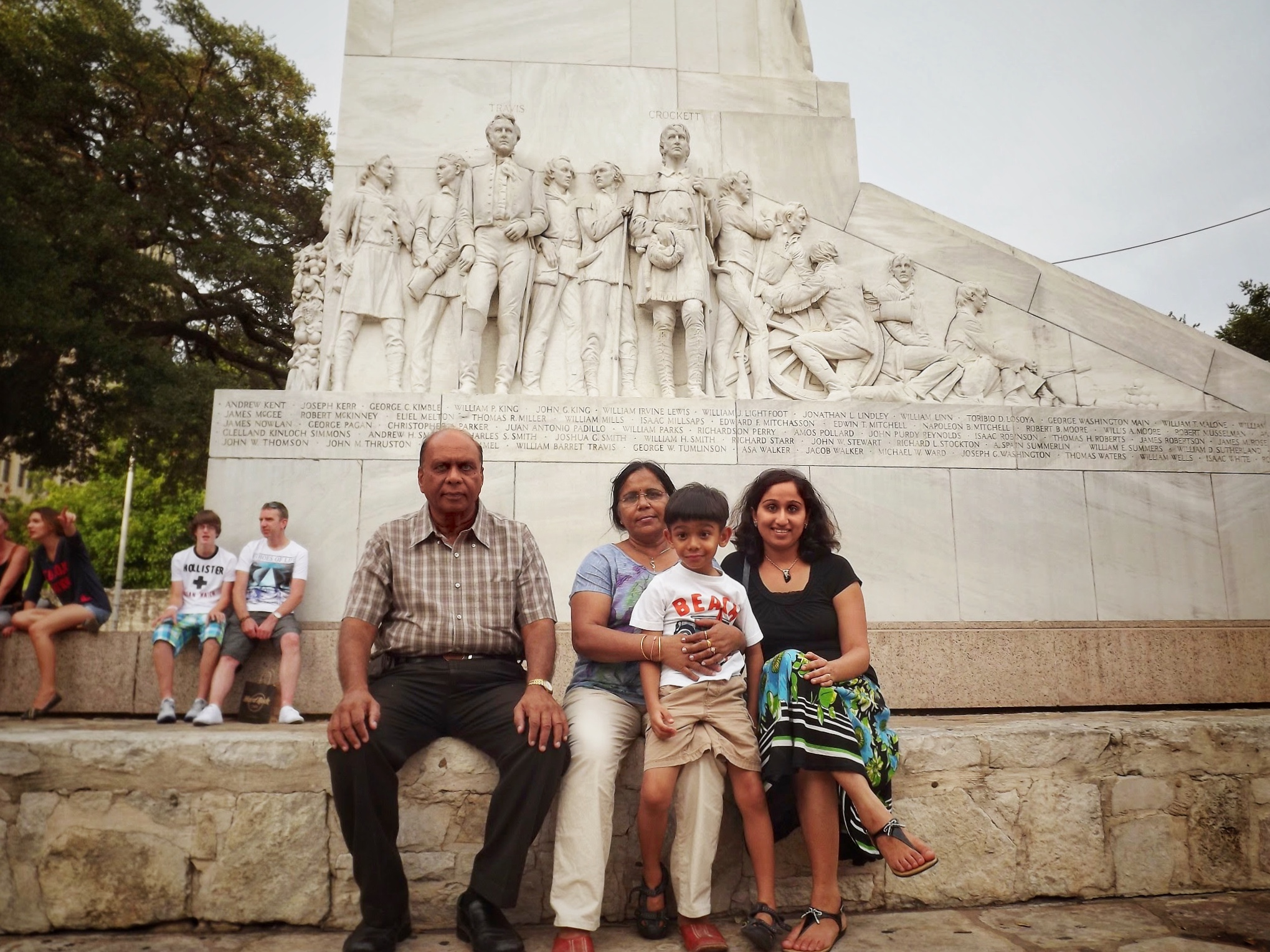 After a rather intense couple of hours at The Alamo memorial gardens in San Antonio, we needed to do something fun. Our most obvious choice was the "San Antonio Riverwalk" which was a few steps away. Built along the San Antonio River, this 15-mile long urban waterway is referred to as "America's Venice". The San Antonio Riverwalk or Paseo del Rio is the largest urban ecosystem in the nation. There are numerous interesting things to see and experience along the riverwalk. 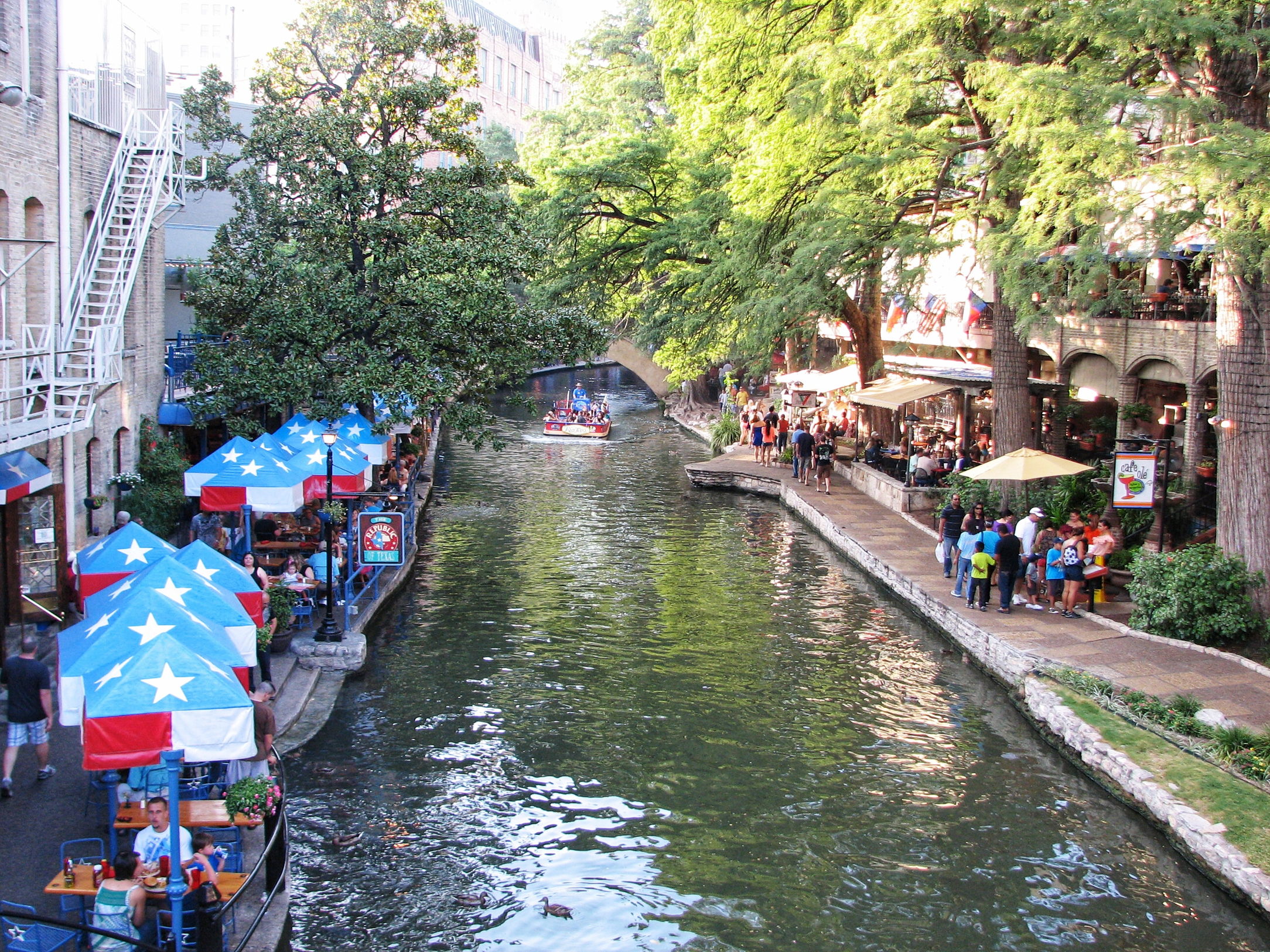 San Antonio Riverwalk lined with an array of dining and shopping options, the best thing to do in San Antonio!

One can walk along the river's walking path or hop into San Antonio Riverwalk Boat Ride, a guided tour. When choosing a guide, it's always more fun when you have a jovial person rather than a "history teacher". We took a boat ride and hopped off at several places along the river to explore. The Mission Reach is another place to immerse yourself in history. You can uncover many hidden gems on San Antonio Riverwalk even if you are on budget. This beautifully landscaped waterfront features the most spectacular hotels, restaurants, night clubs, bars, shopping centers. 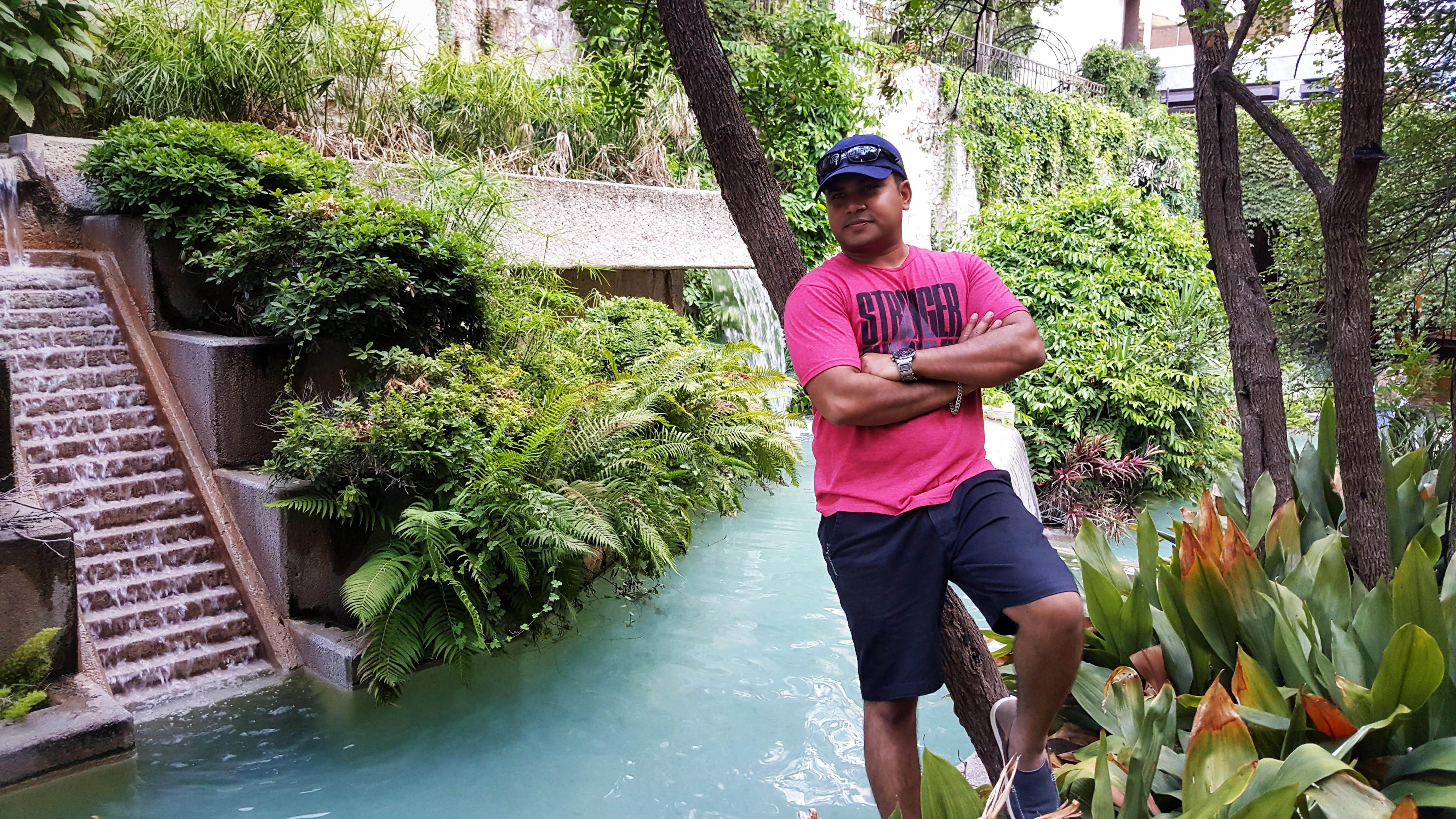 That's me, taking advantage of the numerous spots for photo ops during the San Antonio Riverwalk

In the earlier days, this waterway was used by Spanish Explorers to supply water to their missions. The river flooded its banks many times and in September 1921, the worst flood in its history killed over fifty people and caused millions of dollars in damage to the city. While city planners were deating on a solution to this problem, an architect named Robert H. H. Hugman proposed a plan that would turn the area into a beautiful urban park with apartments, dining, shopping, boat rides and walkways lit with old-fashioned street lamps. He wanted to recreate the ambience of Venice, Italy. He successfully convinced the authorities and the dream became a reality and the San Antonio Riverwalk was eventually sculpted into the masterpiece you see today. 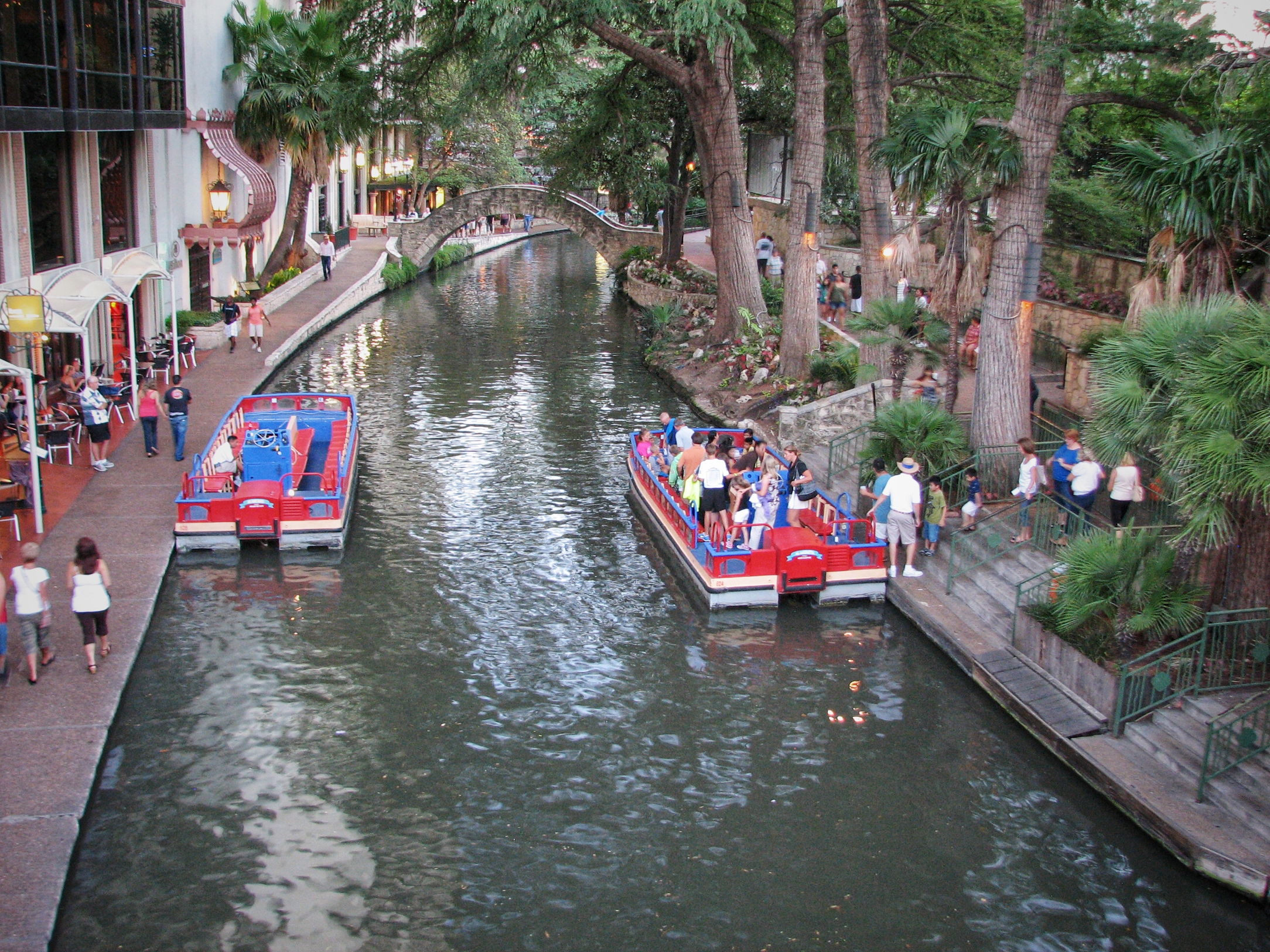 Hop on, hop off points along the river for San Antonio Riverwalk boat tours

Meandering along the river, we were attracted towards La Villita San Antonio. Our guide steered us towards the shore and we hopped off to explore this historic arts village. La Villita was originally settled nearly 300 years ago and is the first neighborhood of San Antonio. In 1939, La Villita Historic Arts Village was established and adapted into a thriving arts hub for teaching regional arts and crafts. Architecture lovers will be enthralled by the cultural mix of palisado, adobe and Victorian houses, along beautiful cobblestone streets. We strolled around nearly 30 shops and galleries that displayed distinct handcrafted items by artists from San Antonio and surrounding areas. You will find an array of artefacts like paintings, folk art, textiles, sculptures, copper wares, jewelry, and more. After shopping for some beautiful souvenirs, we stopped at one of the restaurants to enjoy a scrumptious meal. On offer were options ranging from traditional Mexican flavors to best BBQ in San Antonio. La Villita Historic Arts Village is a colourful and educational destination that has something to offer the whole family. Among the best things to do in San Antonio, it is free to visit. 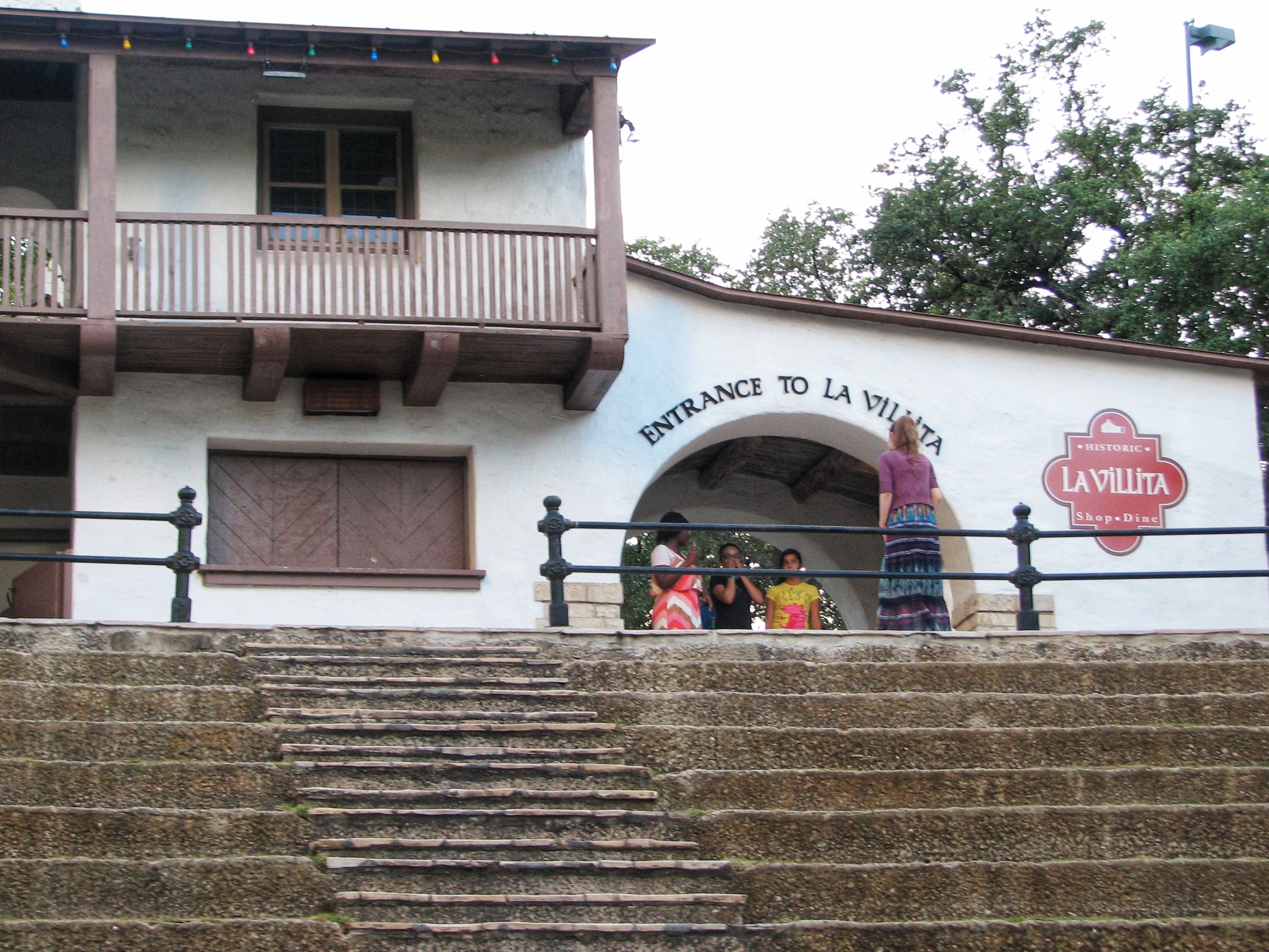 Our next stop was at Rivercenter Mall San Antonio. This is a shopping mall located in downtown San Antonio, just a few steps from the banks of the famous River Walk. Like many other malls across the world, Rivercetner boasts of more than 100 retailers, IMAX/AMC Theatres, and restaurants galore. The Rivercenter building is historic with a few unique shops. The San Antonio River actually flows into the mall in one area and sometimes boats with local bands park there and perform. We wandered around San Antonio Rivercenter Marriott indulging in retail therapy followed by some incredible food at one of the restaurants. 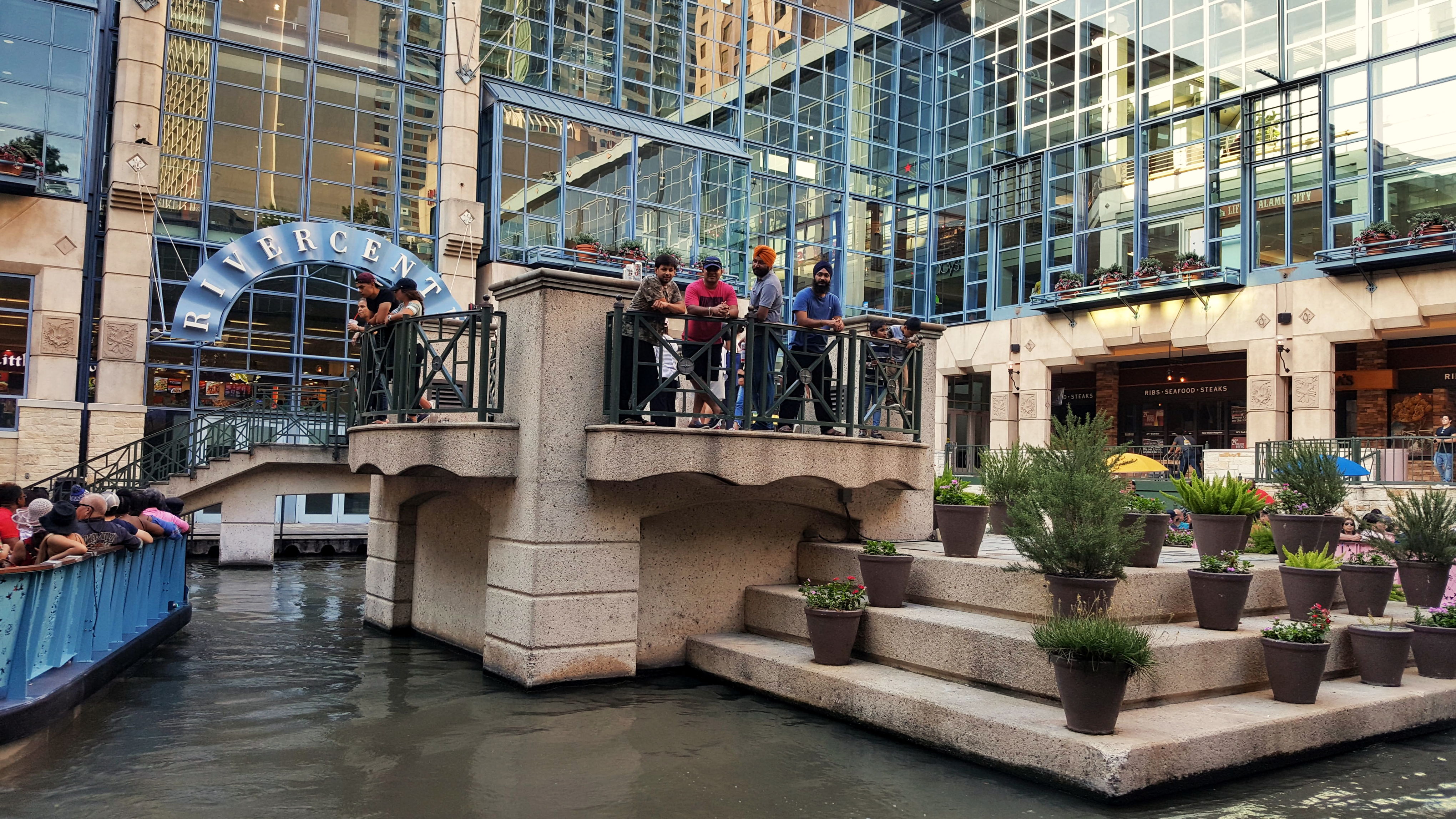 Rivercenter Mall San Antonio has the river flowing into a section of the mall, unique and distinct

The Seaworld of San Antonio

Opened in 1998, SeaWorld San Antonio is a 250-acre marine mammal park, oceanarium and animal theme park in the Westover Hills District of San Antonio. It is the largest of the three parks in the SeaWorld chain and one of the world's largest marine-life theme parks focused on conservation, education and animal rescue. It is a perfect spot to spend time with family. Thrilling rides, sensational shows and up-close animal encounters made our visit to SeaWorld worth every penny. We, especially the kids, absolutely enjoyed the animal shows with interactive audience participation. Do not miss the souvenir store on the premises. It is another place the kids will have fun activities to indulge in. 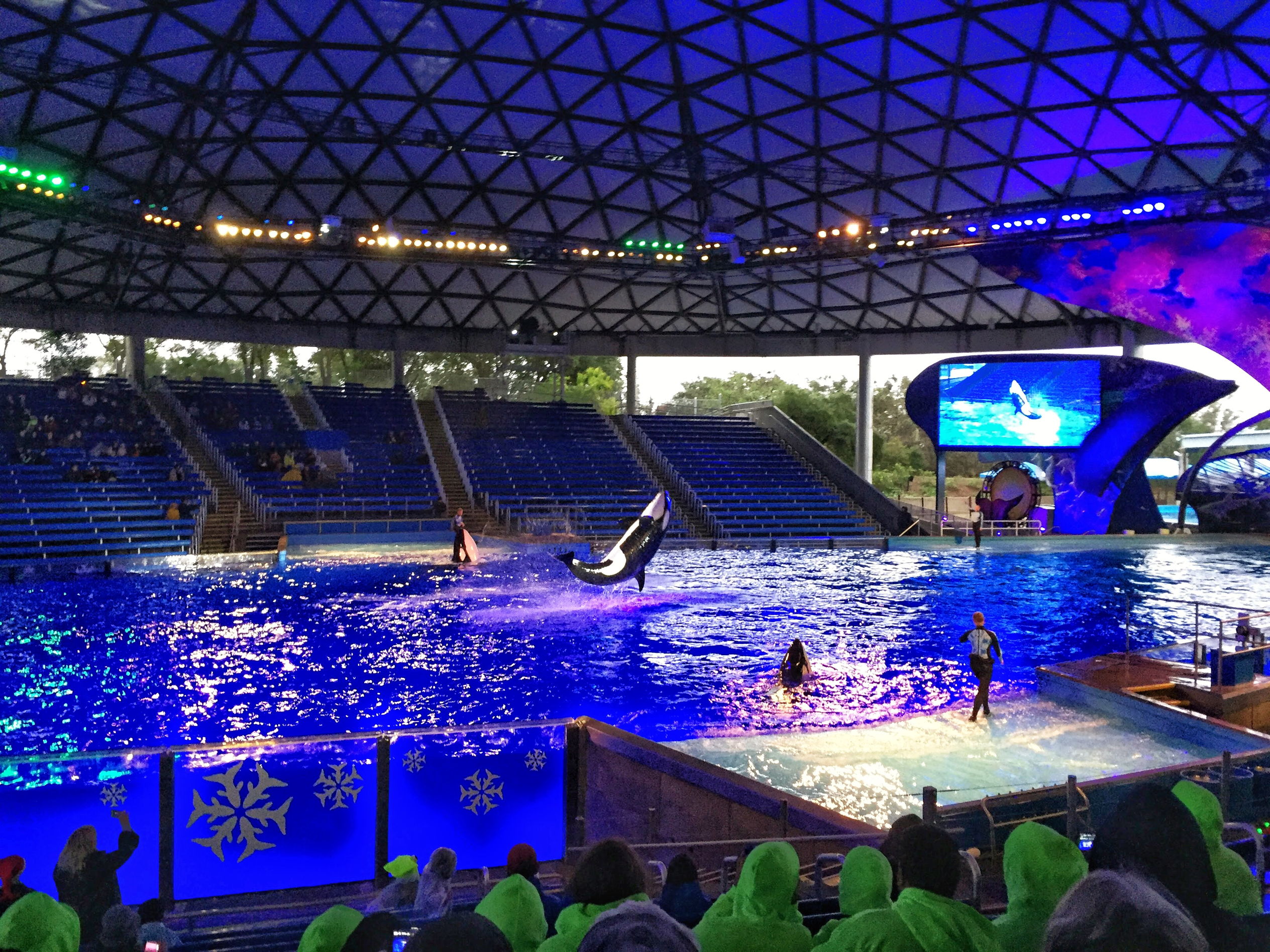 San Antonio reflects the Spanish and Mexican heritage with Hispanics making up a considerable section of the population. One of the most prominent places to experience this is the El Mercado's shopping district. This historic market square treats visitors to the sights and flavors of old Mexico. Weekends are the best time to visit. We were astounded by the rich culture and heritage that is showcased here through live entertainment, unique multi-cultural merchandise, and local cuisine. An evening at El Mercado's Historic market Square is the perfect way to wrap up your trip to San Antonio. A weekend in the Alamo City whizzed by in a jiffy. Before we knew it, it was time to head back home to Houston. Content and all smiles, we embarked on another beautiful drive back home.

How long is the San Antonio Riverwalk?

What to do in San Antonio?

San Antonio is an arts and culture capital of Texas with a 400-year-old history attached to it. Battle of the Alamo and the Alamo history are quite intriguing if you are a history lover. Kids will love Seaworld and San Antonio Riverwalk.

How far is San Antonio from Dallas?

The road distance of San Antonio from Dallas is 275 miles that takes about 5 hours to reach. However, Houston to San Antonio distance is less than 200 miles and takes only 3 hours.

November to April is the best time to visit as the weather is comfortable. The shoulder season is between January and April and will be a great time to cash in on attractive offers.
San Antonio is heavily influenced by Mexican American culture because Texas was part of Mexico earlier. It has a rich history that is the heart of this city. With world-class museums, Arts village, and Riverwalk, you can experience its varied culture
San Antonio is the place for Mexican food. There is a world of choice and flavors thanks to its diverse culinary traditions. It is popularly known as a creative city of gastronomy.
San Antonio is a very safe city to travel to, Like elsewhere, some areas are best avoided but these are usually away from tourist landmarks. It is always advised to be vigilant while traveling to avoid any mishaps.
Looking for something to do in San Antonio besides the Riverwalk and Alamo? There are some weird and wonderful attractions off the beaten path for you to explore.
Comfortable clothes and shoes are a must and do not forget your sunscreen and sunglasses! The Family Summer Vacation in Denver 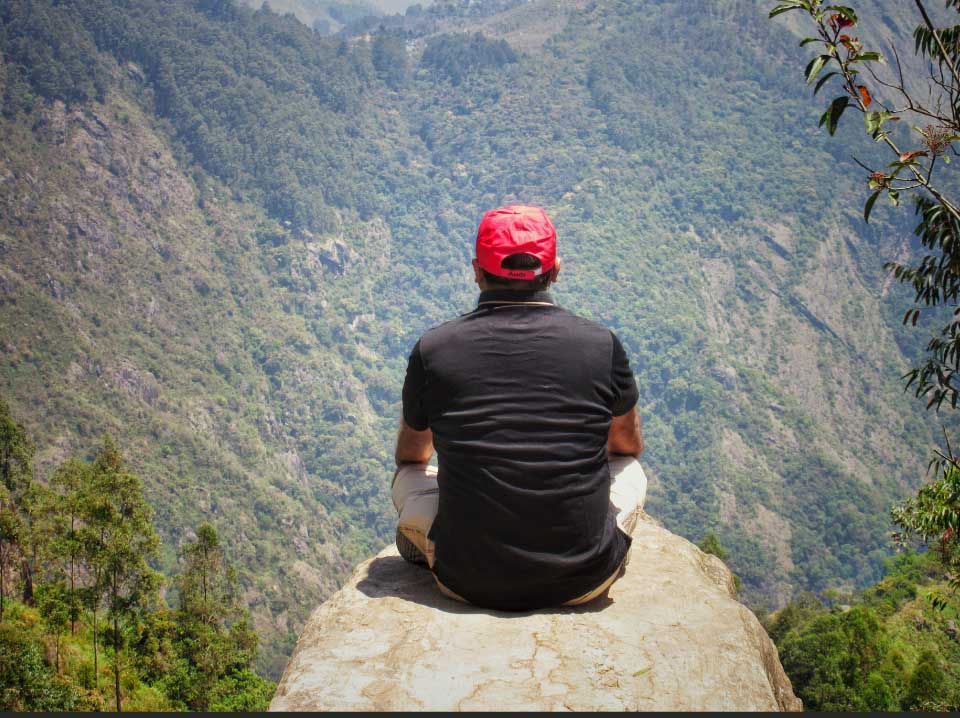